Moringa has been used in traditional and ayurvedic medicine for centuries in many parts of the world both to prevent and to treat several health conditions, from infections to heart disease.

Native to India and Pakistan, it has been introduced and is now cultivated in South and South-East Asia, in Africa, and in Central and South America. 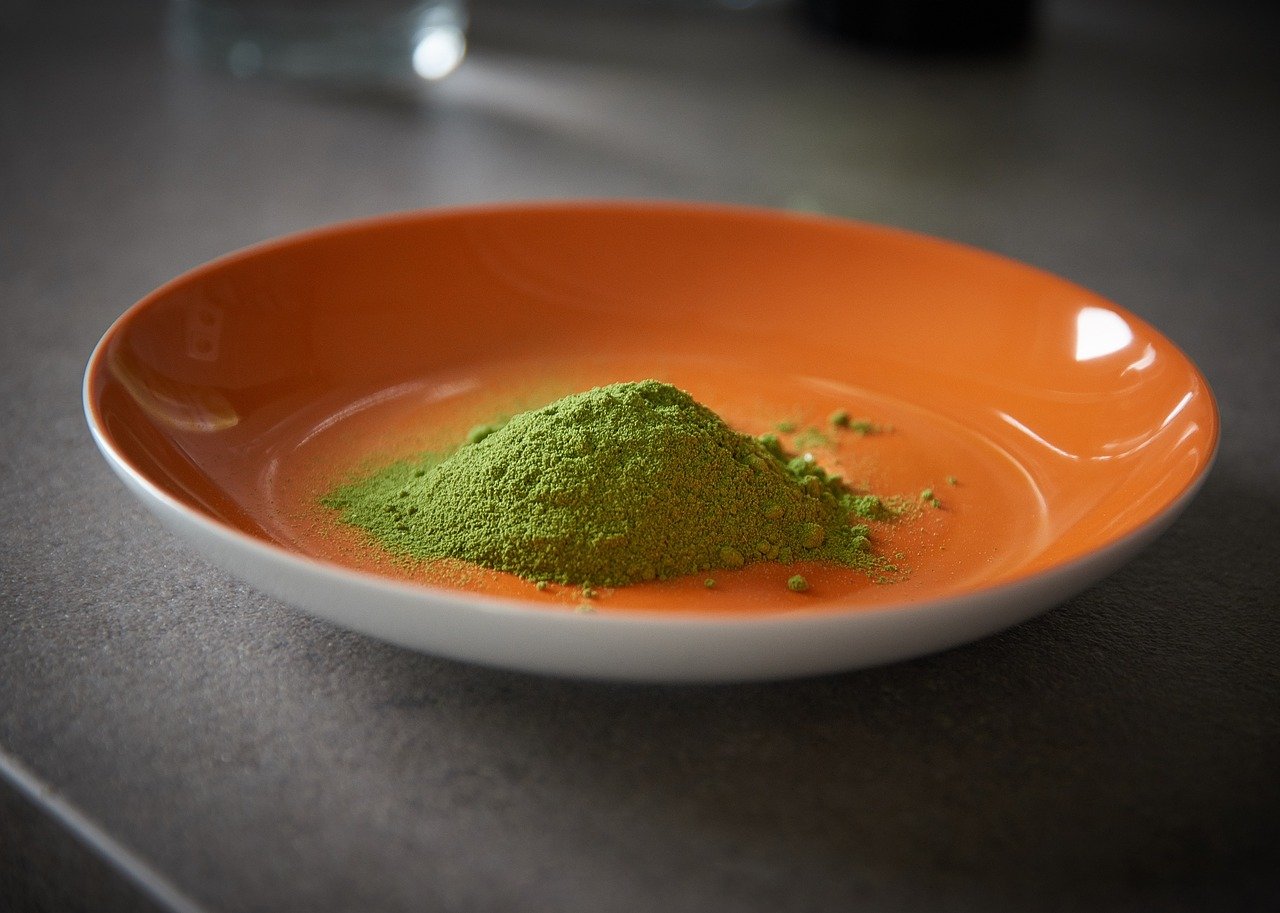 How to use and eat moringa oleifera?

All parts of the plant can be consumed and have been used for different purposes: the leaves, pods, seeds, bark, flowers, nuts, tubers and roots all contain a wide range of nutrients and phytochemicals showing different properties.

Why call it superfood? Nutritional values of moringa oleifera

Moringa oleifera is being called superfood, but why is that so?

According to studies, here are some nutritional facts about moringa powder, the most widely available form of moringa oleifera for human consumption around the world.

Moringa powder has a high protein content: about 27-30 grams per 100 grams of product. Moreover, it contains 19 different amino acids including all 9 essential amino acids, a rare finding in a plant product.

Moringa powder is also rich in minerals: it contains 15 times the potassium of bananas, 17 times the calcium of milk and 25 times the iron of spinach per 100 grams of product.

α-linolenic acid (ALA), an omega-3 polyunsaturated fatty acid, is the main fat (44.57%). Alpha-linolenic acid is one of the only 2 essential fatty acids, meaning it can only be obtained through diet and can’t be synthetized by the human organism.

Moringa powder contains about 20 g of fibers per 100 grams of product. Fibers are a type of carbohydrate that cannot be broken down and digested by humans, passing through the digestive system almost untouched by our organism. Although they can’t be absorbed and converted into energy, fibers are actually very useful: among the many benefits, they

Besides beta-carotene (vitamin A precursor), vitamin C and E which have well known antioxidant properties, moringa powder also contains quercetin (100 mg/100 grams), a flavonoid, and chlorogenic acid, a polyphenol, which are powerful antioxidants and play also other therapeutic roles. 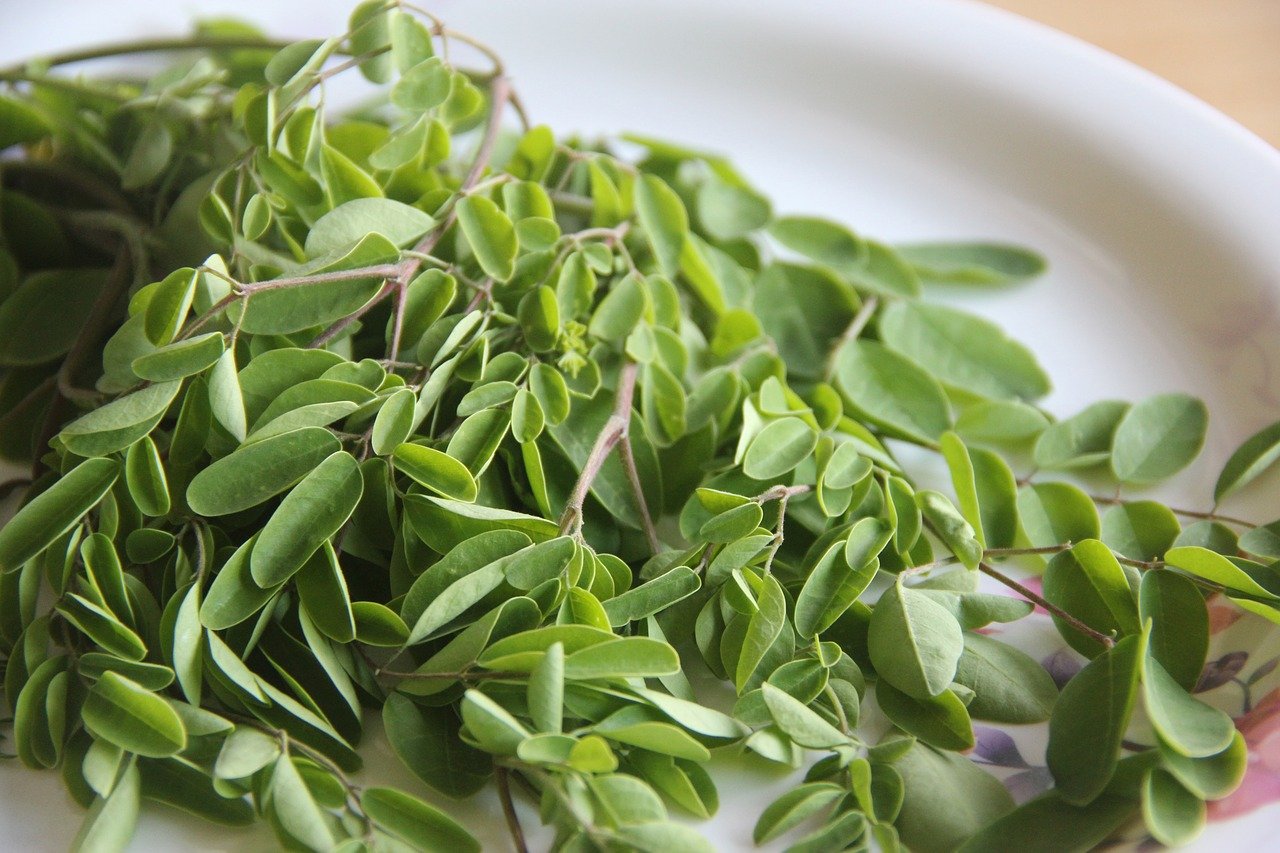 Moringa oleifera is known to exhibit many potential health benefits such as being antibacterial, antiviral, hepatoprotective, cardioprotective, anti-inflammatory, antioxidant, and more and has been widely used in traditional medicine for the treatment of ailments and diseases. The extent of these effects on human health and the effectiveness in treating diseases has yet to be established with thorough research. The following are some of the properties that preliminary in-vitro and in-vivo studies report in medical literature.

Moringa seems to have a potential in the treatment of diabetes. Both in animal and human studies it showed the potential to lower post-prandial plasma glucose levels and glycated hemoglobin levels in type 2 diabetes patients already on a diet and taking medications. Fasting plasma glucose levels also appear to be lower in diabetics not on anti-hyperglycemic medications.

Moringa may be helpful in treating several different types of cancer, such as ovarian, breast, pancreatic, colorectal and prostate cancer. This is because it contains a class of compounds known as isothiocyanates, which have been studied due to their inhibiting effect on cancer growth and for inducing apoptosis (cell death) of cancer cells.

Thanks to the high content of bioactive polyphenols, the moringa plant shows strong antioxidant properties by scavenging free radicals and protecting tissues against oxidative damage.

Extracts from the moringa plant have shown a potential in modulating humoral and cellular immunity and in reducing a wide variety of inflammatory markers, with the potential of being used in the treatment of a wide range of inflammatory diseases and infections.

Moringa leaves showed the ability of delaying the onset of convulsions and reducing the duration of limb extension on animal models in drug induced seizures.

Extract of moringa leaves showed hypotensive properties in animal studies. This cardiovascular effect may be due to two glycosides contained in the plant: thiocarbamate and isothiocyanate.

The extract of bark of moringa showed in-vitro and in-vivo potential in significantly reducing the weight of kidney stones as well as preventing their formation.

Powdered dried seed kernels of moringa seemed to improve bronchial asthma in patients with mild to moderate symptoms. Several parameters measured with a spirometer as well as other indicators improved after a 3-week trial treatment on human subjects.

In animal studies, moringa showed hepatoprotective activity against several different toxic compounds such as carbon tetrachloride, cadmium, acetaminophen and other medications and reducing AST, ALT, ALP enzymes and bilirubin levels in plasma as well as reducing lipid peroxidation. For these reasons, it may be useful both in preventing and in treating damage to liver tissue.

Different types of extracts from different parts of the moringa plant have shown properties against several species and strains of both gram-positive and gram-negative bacteria, fungi, viruses and parasites. Several compounds found in the plant such as pterygospermin and niazimicine are responsible for these effects.

Extracts from the moringa plant show many potential effects on the central nervous system, from improving spatial memory and neurodegeneration, stimulating neurons and the formation of new synapses, to some antidepressant effects. It may have the potential of being used in the treatment of neurodegenerative diseases such as Alzheimer’s disease, Parkinson’s disease and dementia as well as coadjuvant treatment for depression.

In one animal study, moringa oleifera extract appears to improve sperm quality by reducing sperm abnormality rate. The mechanism why this happens is not yet understood and may be due to its antioxidant properties. Another animal study showed increased testosterone levels and improved sperm quality (motility, viability and membrane integrity), with the potential of being used as fertility enhancer in males.

Moringa root bark extract greatly decreased acidity in gastric ulcers in animal models and as such has the potential of being used as antiulcer agent.

Other uses of moringa oleifera

Another interesting property of Moringa is the ability of its seed cake, which is what’s left after pressing the seeds to extract the oil, to coagulate and precipitate minerals and other organic compounds present in water helping in filtrating the water and removing impurities and as such it may be used to purify drinking water in developing regions where the plant also grows naturally and abundantly.

Other uses of moringa include as cattle or animal feed, industrial oil and for the production of biodiesel.

Side Effects Risks and Warnings about Moringa

In some animal studies moringa showed antifertility properties in female animals by preventing implantation in the uterus. In traditional medicine it has been used as pro-abortion plant; for these reasons, caution is advised in pregnant women and in those trying to conceive.

Supplements have the potential to cause side effects or to interact with medications. Excess of vitamins or minerals can cause complications as well. Always refer to your trusted physician before taking any supplement.

Special caution is advised for patients taking thyroid, diabetes and blood pressure medications as moringa may amplify their effects.

The moringa plant is rich in nutrients and drying the plant helps concentrate both micronutrients and macronutrients, helps in the conservation and makes it easier to use as food resource or supplement. It is undeniably a “superfood” due to its content and has the potential of being a nutraceutical, thanks to the many bioactive phytochemical compounds it contains.

When it comes to the actual treatment of diseases, always refer to your trusted physician; while some chemicals extracted, concentrated and refined from the moringa plant may be used in the future to produce new medications and as treatment or coadjuvant therapy for several different conditions, the consumption of the dried moringa plant is not intended for that purpose.