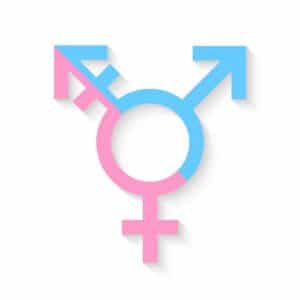 Scrotoplasty is a broad term indicating any plastic or reconstructive surgery on the scrotum; it can be performed to repair defects or damages suffered to the scrotum or could be aimed towards complete scrotal reconstruction as in the case of transmen as one of the gender reassignment procedures. Scrotoplasty is also used to indicate aesthetic surgeries performed on cisgender males, such as those suffering from excessive scrotal laxity, in which case it is known as scrotal lift or scrotal rejuvenation.

In this blog post we will focus on the specific case of scrotoplasty for female to male transgender patients.

The scrotum is a thin elastic sack made of skin that contains the testicles and the epididymis and that is localized at the base of the penis. Its function is to house and protect the testes, to control their temperature and therefore allowing for optimal function of such organs and sperm production. From an aesthetical point of view, there’s great variability in shape and volume not only among different biological males, but also in the same male subject at different temperatures or different age.

In the case of FtM transgender patients, scrotoplasty has the goal of creating an aesthetically pleasing and accurate scrotum from other tissues of the patient, such as the labia majora.

At the beginning of the field of transgender medicine and surgery, a lot of focus was placed on procedures such as the phalloplasty for the treatment of gender dysphoria, but little importance was placed on scrotoplasty. During the years the patients started to be more demanding for what concerns aesthetic results, pushing surgeons to move forward and develop and improve new surgical techniques in the field of gender reassignment surgery; current surgical goals now include the creation of both a penis and a scrotum of natural appearance and aesthetically satisfactory.

Surgical techniques in scrotoplasty for transmen

There are several surgical techniques that can be performed for the realization of a scrotoplasty in the FtM transgender patient. Most of the times though, the surgeons choose to utilize the tissues harvested from the labia majora to reconstruct the scrotum: one of the main reasons for this, is that both evolve from the same embryonic structure during development; moreover, both of them have the same consistency and look, same color, have hair, and share the same nerve endings which respond to touch and erogenous stimulation.

Other surgical techniques employed in the past for the realization of the scrotoplasty were using flaps of tissue from the pubic, inguinal or thigh area. This technique though, is not easy to perform, carries more risks and leaves behind evident scars where the tissues are harvested which lead to patient dissatisfaction. Erogenous and tactile sensation are also poor and unsatisfying.

Therefore, there is general consensus on the use of labia majora flaps, sometimes employing tissue expanders to overcome the issue of the low volume of the surgically created neoscrotum; in these cases, after 6-12 months from the first step of scrotoplasty there is enough space for the testicular implants to be inserted.

Initially, surgery was performed by suturing the labia majora together by leaving them in the same place they are found in the biological female. This technique though, was aesthetically inaccurate and functionally inconvenient, with the neoscrotum being between the thighs; the results were still too similar to the female anatomy.

Later techniques were developed to address those issues and to reconstruct an aesthetically accurate scrotum in a more anterior position, in front of the thighs, as per the physiological anatomy of biological males. To achieve this result, the surgeon performs incisions in the lower part of the labia majora and also in the area of the pubic bone; the flaps obtained are then turned upwards and sutured to form a sack.

Scrotoplasty in the case of the FtM transgender patient is almost never performed as a standalone procedure, but it is usually part of a more complex surgery made of multiple procedures and known as sex reassignment surgery. Sometimes the bilateral hysterosalpingo-oophorectomy is performed previously, but often it is performed with the vaginectomy, the scrotoplasty, the phalloplasty or the metoidioplasty and the urethral lengthening as a single surgery for the genital reconstruction.

Risks and complications of scrotoplasty

Scrotoplasty doesn’t carry particular risks and is not subject to many complications. As any surgery there are risks, such as bleeding, bruising, surgical wound dehiscence (opening) and infection, but they are rare. Also, the need for a revision surgery is rare and the few complications that might arise are manageable conservatively.

The results obtained with the newer described technique for the scrotoplasty are satisfactory both aesthetically and functionally; the erogenous and tactile sensation satisfies almost the entirety of the patients.

Criteria for the scrotoplasty procedure

As part of a bundle of surgeries which includes also the metoidioplasty or phalloplasty, the vaginectomy and often the hysterosalpingo-oophorectomy, the Standards of Care 7th edition of the World Professional Association for Transgender Care (WPATH) set some criteria or prerequisites to have access to this surgery.

These criteria are not applied to the patients undergoing a scrotoplasty procedure for reasons other than the treatment of gender dysphoria.