Diastasis recti, also called abdominal diastasis or abdominal separation, is a condition where the rectus abdominis muscle aka the sixpack is visibly and abnormally separated along the linea alba, which is the midline of the abdomen made of connective tissue, causing the abdominal contents to protrude.

Rectus abdominis diastasis is commonly seen in pregnant women, with up to 66% incidence in the third trimester.

The most common cause of abdominal diastasis is pregnancy: hormonal changes paired with increased abdominal volume causes rectus diastasis in 2 out of 3 women during the third trimester of pregnancy. 1 year after delivery, 1 out of 3 mothers still experiences separation of the abdominal muscles. Petite women, older women, or those with a multiple pregnancy (twins, triplets), or multiparous women (having delivered more than 1 baby) are at increased risk of developing abdominal separation.

Diastasis recti can also be seen in newborn babies and usually resolves without any intervention within the first year of life. The bulge should not be confused with an umbilical or inguinal hernia and is more often seen in premature babies as they are born without having their abdominal muscles fully developed.

Major weight gains or significant weight loss paired with a weak abdominal wall can also cause abdominal separation in both men and women.

Genetics also plays a role in the development of diastasis recti

Signs and Symptoms of abdominal separation

The main sign of diastasis recti is the bulge in the abdominal wall along the linea alba. Although there is no consensus on this, when lying supine in a “hook-lying position” and performing a partial sit-up, if your left and right abdominal muscles are separated by less than 2 cm (about 0,79 inches) you are within normal range, if separated by more than 2 centimeters then you have abdominal diastasis.

Not all patients with diastasis recti suffer from symptoms caused by this condition. When symptoms are present, there may be:

While in most cases the abdominal separation does not require treatment and it resolves by itself over time, when symptoms are present it is advised to seek a consultation with a specialist.

In diastasis recti, the rectus abdominis fascia is intact although usually thinner: hence this condition should not be confused with an abdominal hernia which is caused by a hole in the fascia and characterized by intraperitoneal fat or organs bulging out through it. In some cases, diastasis recti and ventral or umbilical hernias can coexist with the former being a risk factor for the development of the latter.

How is diastasis recti diagnosed?

A physical exam is the first step in diagnosis with the abdominal separation both visible and palpable; a caliper should be used to perform accurate measurements.

An abdominal ultrasound, a CT-Scan, or an MRI are other reliable methods that can be used to diagnose abdominal diastasis and to further investigate the condition.

How to fix diastasis recti?

There are several different treatment options available to fix abdominal diastasis and there are currently no international guidelines telling what the best approach is.

Most of the times, abdominal diastasis does not require surgery and conservative approaches are preferred. In pregnant women as well as in infants, diastasis recti tends to resolve by itself with time. When symptoms are present or when there are concomitant ventral or umbilical hernias, you may be a candidate for surgical intervention.

Physical therapy has been for a long time the only conservative (non-surgical) treatment option available for diastasis recti. It would be advisable to begin core training prior to getting pregnant or to start conditioning the core during the early weeks of pregnancy to prevent the abdominal separation from happening in the first place.

Physical therapy can be started 6-8 weeks after the delivery and should be performed 3 times a week for at least 8 weeks to see some results (but better to continue for 6 months). Exercises to improve abdominal diastasis include:

In selected cases bracing with an elastic binder or wrap, taping or the use of a corset may be advised. Misuse of bracing may actually worsen the condition.

Physical therapy can also be an adjuvant therapy to surgery: performed both before and after surgical correction of diastasis recti it can improve its outcome with a faster recovery and decrease the risk of recurrence as well.

Methods of the studies available on this topic, lack of long-term follow-ups, lack of control group, the fact that diastasis recti often resolves without treatment within a year, mixed evidence and outcomes from different studies, low number of patients involved, are among the many factors that make the evidence available on physical therapy for diastasis recti treatment inconclusive and low level.

A novel and promising treatment option for abdominal separation is HIFEM or High-Intensity Focused Electro-Magnetic devices such as EmSculpt. It is a non-invasive treatment employing electromagnetic stimulation to contract the muscles in the target area. It is a powerful technology with no downtime and requiring about 30 minutes of time which according to trials can increase muscle thickness by up to 25%, decrease fat deposits by about 15% and decrease diastasis recti by 10% with results being stable and maintained 1-year post treatment. Being a new technology, long term data and large population studies are still lacking.

When the gap between the rectus abdominis muscle bellies is too wide (~4 cm or ~1.57 in), when symptoms are severe, when conservative treatment fails and the diastasis or symptoms persist for over 12 months or when there are concurrent hernias that need to be treated, the surgical correction may be the best option.

Choice of surgical technique will depend upon your characteristics.

All techniques involve the approximation (bringing close together) of the abdominal muscles which are then sutured using absorbable stitches or permanent ones.

All techniques in general have a high success rate and both low complication rate and low recurrence rate. Surgery improves symptoms such as back pain, urinary incontinence, and quality of life in general.

Surgical correction of abdominal separation is often part of what is known as mommy makeover as it addresses common cosmetic side effects resulting from pregnancy; some of the surgeries often included in the mommy makeover and performed in a single surgical session are:

If you want to know the best surgeons in Thailand for a mommy makeover, for surgical correction of diastasis recti or for HIFEM treatment of abdominal separation, send me an email using the contact form. 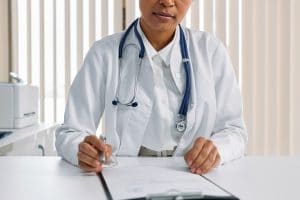 Health screening program: what are the best medical check-ups?